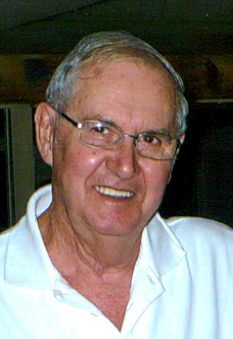 He was born October 27, 1947 in Bellaire, Ohio a son of Geraldine “Jeri” Festa Carpenter and the late Warren Carpenter.

In addition to his father, Roger was preceded in death by a brother, Warren “Buzz” Carpenter.

He was a retired glassworker for the former Imperial Glass Corporation and Rodefer Gleason Glass Company both of Bellaire, Ohio and the T& T Palletts of Magnolia, Ohio. Roger was an avid bee keeper and gardner and enjoyed hunting, fishing, Indian artifacts and watching TV westerns.

Family and friends will be received at the Bauknecht-Altmeyer Funeral Homes & Crematory 3900 Central Avenue Shadyside, Ohio on Wednesday from 2 to 4 and 6 to 8 pm and Thursday from 11am until times of  services at 1 pm  with John Long officiating. Interment in the Lashley Cemetery in Shadyside, Ohio.

Memorial contributions may be made to the Archaeological Society of Ohio by going to “TMCFunding.com”.

Share your thoughts and memories with Roger’s family at www.bauknechtaltmeyer. com.

Jeri and family so sorry for your loss.Thoughts and prayers are with you.

Hugs and prayers to the family

Hugs and prayers for the family

Roger was a friend while we attended Key Ridge Grade School. He was funny and my friend. I send my condolences to the entire family. RIP Roger

I am so sorry for your loss.