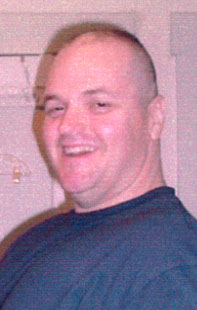 He was born August 27, 1961 in Wheeling, WV a son of the late Judy and Gary Ferrel and Luther Clemons.

In addition to his parents, he was preceded in death by his father in-law Fred Hicks and son, Matthew Hicks.

A memorial service will be held at a later date.

Share your thoughts and memories of Russell at www.BauknechtAltmeyer.com

With a sad heart I’m writing this. Rusty and I started working together at SMCC/J on the same day. We attended the DOC academy together. You almost always form a bond with the group you start with, when working in corrections. We did form a bond. Rusty came to me one day and said he was going to transfer to NCF so he could visit with his grandchildren more often. I hated to see him go, but knew he was doing the best for himself. Rusty was very professional and fair in his work in corrections. He always had a positive attitude. I know Rusty will be missed by everyone that knew him. My thoughts and prayers go out to Amy and his entire loving family. Rest In Peace Rusty.

I am shocked to hear of Russell’s passing. We had lost touch over the years, but would always comment through FB. I can still see him as a young boy when we were growing up
Rest well my friend. Prayers for your family.

Amy, I am so sorry to hear of the loss of your husband. Sending prayers to you and your family in this most difficult time.

Amy , I am so sorry for your loss. Sending prayers to you and your family

Amy I want you to know how very sorry I was to hear of Russ passing. I remember when you were my nurse and told me you were married to Russ and I told you I hadn’t seen him since high school, it was a few weeks later I was at Belmont Community and this guy came up to me and said, “You don’t know me.” I told him no and he told me his wife had been my nurse. I still didn’t know and he had to tell me. We talked for awhile and in the next year if I had to be up there for appts. I would see him from time to time. We would talk about the Big Reds and always he would tell me Amy was doing great. Amy you were the love of his life and you could tell it when he spoke of you. My prayers are with you and your family at this difficult time.

To the LOVE of my life. I do now and will always miss you. You are my soulmate and will always be my soulmate. I will see you again in heaven along with all of our love ones that you are with now. Tell them all that I miss and love them until we meet again. My heart is broken

Lost contact over the years but remember the fun we had (1979). Sorry to hear this news.

May God wrap his arms around Amy and the family in this sad time. Russ and Amy are good friends of ours. God will get you through this, family will keep you together…

Amie,So sorry for your loss.your in my prayers Kathy Mortakes Smith

Courtney,Mindy. I’m so sorry to hear about Russ your in my prayers Kathy Mortakes Smith