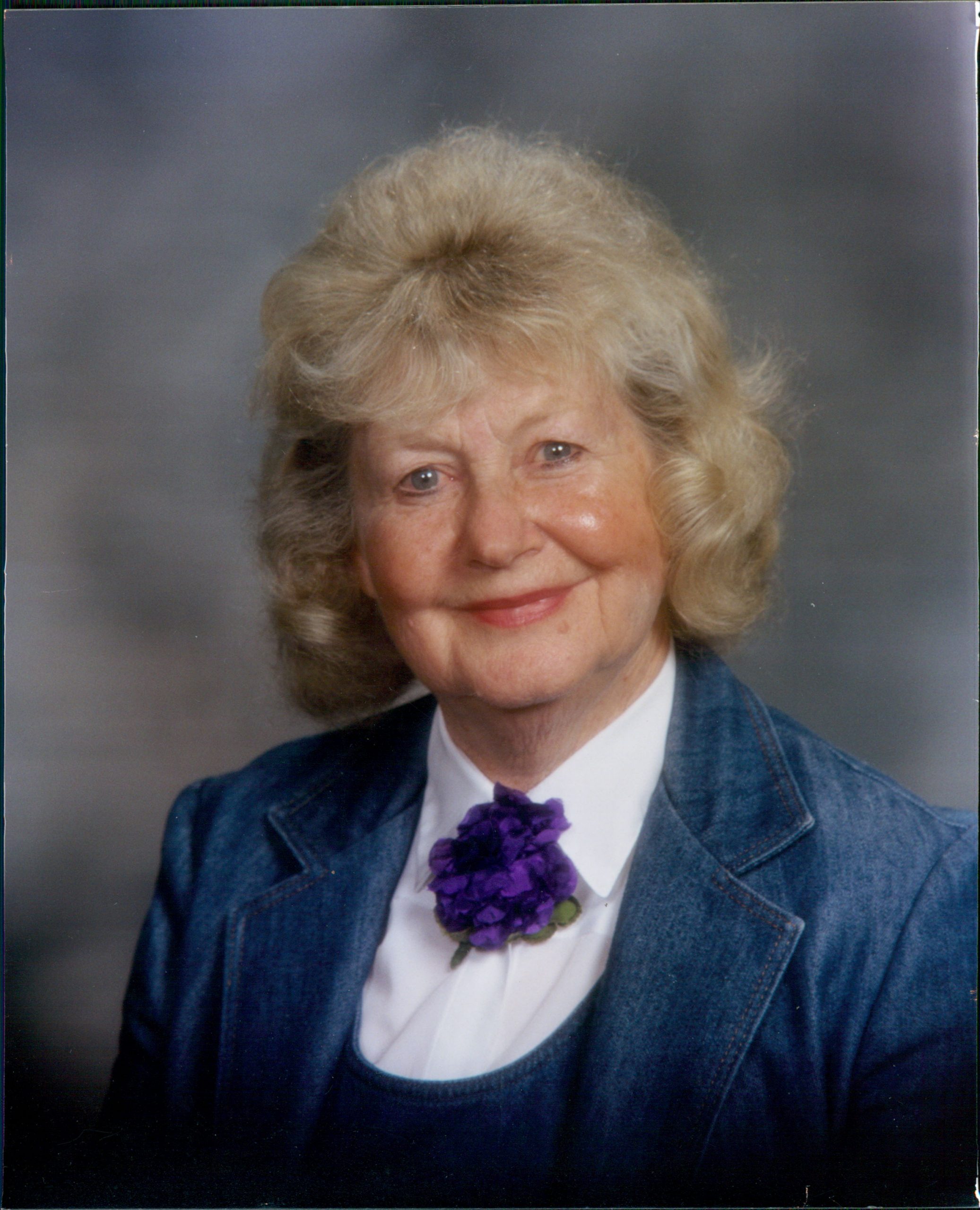 “Ruthie” as she was known to everyone, was a member of both Thoburn United Methodist Church and East Richland Friends Church.

She was employed by Belmont Hills Country Club as a hostess for many years.  Ruthie sold Avon and Tupperware before finding her way into public relations work beginning with welcoming new people to the area as a representative for the St. Clairsville Board of Trade Greeting Service.  She moved to Executive Secretary of the newly organized St. Clairsville Chamber of Commerce for their first five years.  She helped organize Sidewalk Days and hired the entertainment.  Following this, she worked for Lou Harris Polls, who along with Gallop Polls were interviewing local people for US News and World Report magazine.  She also worked with them doing interviews for the Veterans Administration and for the pending launch of USA Today.

Being known to the local business community, she was approached by the regional franchisee of Holiday Inns to travel to a five state area promoting the Inns’ use by various industries and businesses.  After five years, she was lured away to do the same thing for Sheraton Inns for several years.

Despite her success in public relations and sales, she found more fulfillments in entertainment.  As an accomplished piano player, she added singing and comedy to her music and quickly became a regular at area minstrel shows and other entertainment for various organizations, civic groups and churches.  She worked many New York stage shows at the Capitol Theater and with many country music entertainers.  Her talent led her to be a part of a group which entertained on a five week tour of Europe.

Ruth was preceded in death by her husband Charles T. Stone in 2000.

Surviving are her two sons, Terry M. “Stumpy” (Cindy) Stone of Martins Ferry, OH and Steve “Stoney” Stone of St. Clairsville and a sister, Marilyn (Bill) Gheen of Roseville, OH; one nephew and one niece.

Friends will be received Monday from 4-8 pm at Beck-Altmeyer Funeral Home & Crematory 204 West Main Street St. Clairsville where services will be held on Tuesday at 11 am with Rev. Wayne Ickes officiating.  Burial of her cremated remains will be in Zanesville Memorial Park Cemetery at the convenience of the family.

At. Ruthie’s request, please attend the visitation and service in casual attire.

Share your thoughts and memories of Ruthie with her family at www.beckaltmeyer.com

Dear Terry, dear Steve: I remember your mother vividly. She was the daughter of Herman St. Clair, who became my “Unk” in the 1950s, after marrying my aunt. Lillian Thomas . I loved him and I would be happy to share memories. Sincerely, Pat Thomas Srebrnik.

Steve and Terry, your mother was a special person and a very good friend of the Wright family. I extend my deepest heartfelt condolences to you. She will be truly missed.

Spending an couple hours or so with “cousin Ruthie” every once in a while was always enjoyable. Often she would show up as a stop on one of her many automobile trips to visit friends and relatives. Years ago, she entertained us with a few song-piano performances. She always had a camera. I’m doubtless in a good many photos she stored someplace. She tried mightily and often successfully to overcome the illnesses and infirmities of age. Her family and Belmont County have lost a wonderful, fun person who always was the life of the party.

To the Loved Ones of Ruthie Stone —
I first met Ruthie while doing a Union Local Minstrel Show; what a wonderful time we had! I was about 9 years old; and Ruthie was forever young, even as she was when I last saw her, earlier this year. I do believe she’ll go down in history as Belmont County’s “Funny Lady” . . . her “Second Hand Rose” routine was a favorite of many audience members; and, I’ll always remember the subtle touches that she added to her big offerings wherever she performed. She was a little lady with a big voice and lots of talent; and I’m sure that many people will miss her, even as I will.
God’s peace and blessings be with her family. I’m sure that He will give them many wonderful, happy memories of dear Ruthie.

Ruthie you will truly be missed. I am so glad that I got to take you to the Daniel Family Reunion. We had such a great time together.
Rest well my friend in the arms of our Lord. I know your Star will shine bright. †