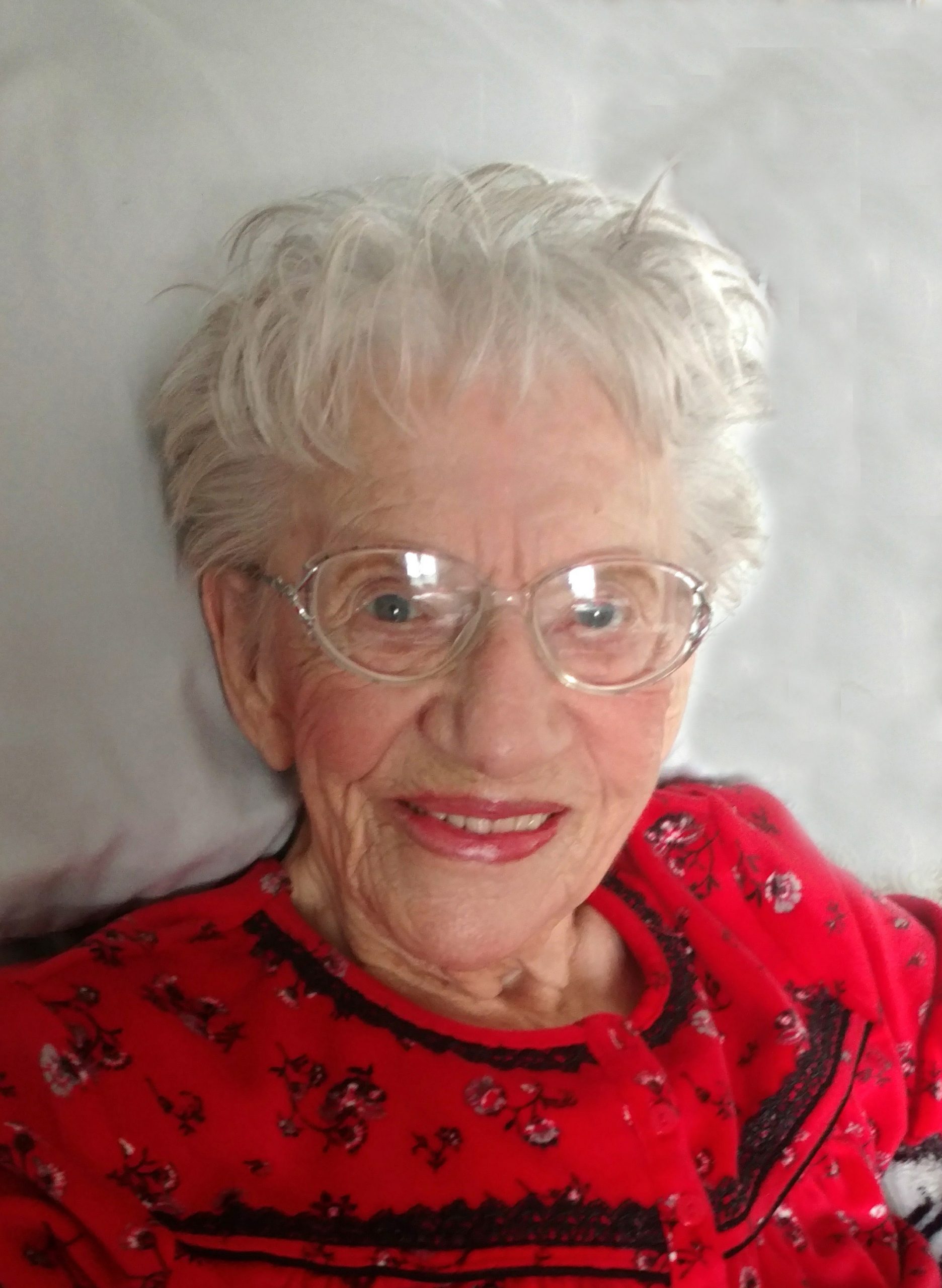 She was born February 7, 1931 in Powhatan Point, Ohio daughter of the late John and Wilma Snively Densmore.

In addition to her parents, she was preceded in death by her husband, Dewey Knight on October 27, 2013, sister, Maxine Makris and brothers, Terry Snively, James Densmore and son-in-law, Harold “Bob” Thomas.

Family and friends will be received at the Bauknecht-Altmeyer Funeral Homes & Crematory 186 Main Street Powhatan Point, Ohio on Thursday from 2 to 4 and 6 to 8 pm where services will be held on Friday at 11 am with Pastor William Coker, Jr. officiating. Interment in the Powhatan Cemetery in Powhatan Point, Ohio.

Memorial contributions may be made to the Belmont County Senior Services (Meals on Wheels) by going to TMCFunding.com.

Share your thoughts and memories with Sarah’s family at www.bauknechtaltmeyer. com.

I am so sorry for the loss of your mother.

Prayers to you all. I am glad that we got to visit this summer. She was well cared for by her family.

My thoughts of peace are with you Dennis, Dougie, Belinda, Christine and family. I didn’t get to spend much time with Aunt Sally over the years, but she was always so nice when we came to visit and my Dad (Uncle Jim) loved her to pieces. Love to all of you.

Uncle Red – we are thinking of you, Aunt Jacki and Tiffie. ❤️

Belinda and family,Our hearts our blessed that your mom knew Jesus. We also know the hard part Is missing them here on this earth. We pray you feel the peace and power of Jesus in the days ahead.

Sally was a wonderful patient she will be missed by all the staff.

Belinda and family, May God’s blessings flow to you in this time with beautiful stories of your mother. Prayers for peace and closure. Love and hugs. Paula