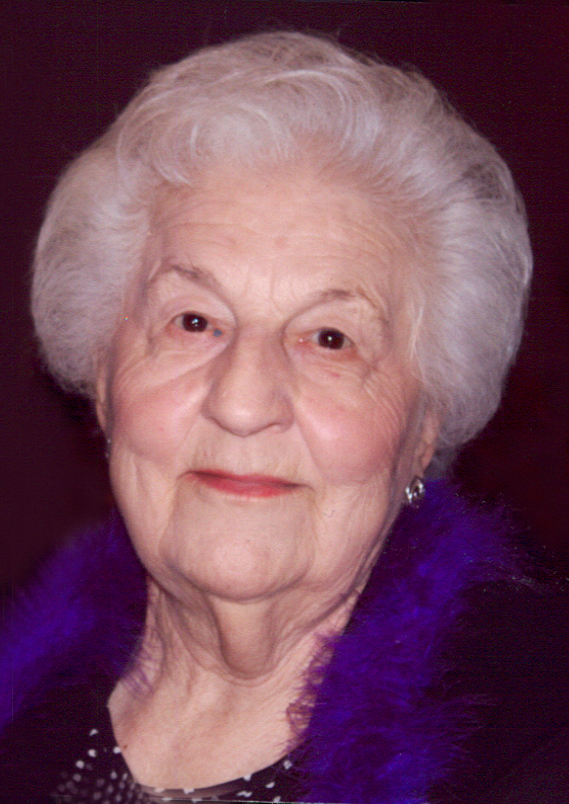 Stephanie “Staphie” Tonkovich Hendershot, 90, of Powhatan Pt, OH., passed away at the Shadyside Care Center, August 30, 2016 Supported by her family.

Staphie was born January 20, 1926 in Carbon Pa., a daughter of the late John and Katherine Verbanich Tonkovich.

She was a member of St. John Vianney Catholic Church Powhatan Pt. Ohio and a homemaker.

Staphie was a loving wife, mother, daughter, grandmother ,sister, aunt and friend, she will be sadly missed.

Preceding her in death, inaddition to her parents, was her husband, Donald E. Hendershot in 1974, brother, John D. Tonkovich in 1983, and son-in-law, David Paul Rosen in 2003.

Family and friends will be received at the Bauknecht-Altmeyer Funeral Homes and Crematory, 186 Main Street, Powhatan Pt, Ohio Thursday 5-8pm, and on Friday, Noon to 8pm.

Funeral liturgy with Mass will be at 10am Saturday at St John Vianney Catholic Church, Powhatan Pt, OH with Fr. Samuel Saprano as Celebrant.

Vigil service will be 7:30pm Friday.

Memorial contributions can be made to Maggie’s Mermaid’s at “TMCFunding.com” To donate please CLICK HERE.

Dave, so sorry to hear of your mothers passing. It sure is a life changing thing. May she be at peace and may you and your family also find comfort and peace in the coming days.

Our condolences to Staphie’s family. Sorry for your loss.

My deepest sympathy to the Hendershot family.

Our heartfelt condolences to the Hendershot family. May you find comfort in holding the memories you have of Staphie in your hearts forever.

Our thoughts and prayers to the family.So sorry for your loss of a loved one. May God help you through this time of sorrow.

Love to all of you ….staphie was the best….

, I was so blessed to be a part of staphie ‘s life she taught me so many things …….. I now can cook an egg Love to all ❤️❤️❤️❤️❤️What a great angel she will be to guide us

My condolences. Staphie was such a sweet lady. I have fond memories of her. She will never be forgotten.

To the Hendershot Family,
Staphie was a beautiful person, inside and out. I have many memories of her, especially working Bingo at the Parish Hall and the Church spaghetti dinners. Always a smile and a kind word. She truly was one of a kind. May you all find peace in having loved her. She is soaring to the heavens on the wings of eagles. God speed to you Staphie, God speed. Prayers for all of you.