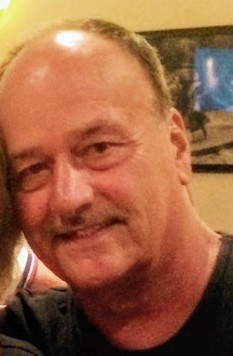 He was born May 15, 1951 a son of the late Stephen and Elizabeth “Betty” (Crawford) Blazek in Bellaire, Ohio.

He was a member of the American Legion Post 52.

Stephen was an avid fisherman and loved the outdoors which he enjoyed with Sienna his faithful dog.

Preceded by his parents. He is survived by his children, Amy (Denny Beltrondo) Blazek of Shadyside, Ohio and Cory Blazek of Bellaire, Ohio .

In addition he is survived by his sister, Stephanie (Joe) Kulin of Follansbee, WV; two grandchildren Brody and Lyla as well as, a niece Lori (Henry) Taglione and a nephew Charles (Melissa) Groves and several great-nieces and nephews.

In accordance with his wishes no formal services will be held.

Memorial contributions can be made to Liza’s Place by going to “TMCFunding.com”.

Share your thoughts and memories of Stephen with the family at www.bauknechtaltmeyer.com

Amy and Cory so sorry for your loss. I have a lot a great fun memories of Stevie from when we lived in the trailer court all those years ago. He was a great guy. You have my sympathy.

I met Stevie Blazek back in the 1960’s when we all would play at the playgrounds; Gravel Hill, Indian Run, to name a few. He was a great kid—-good friend—real good athlete—-we would play at the river, play ball at the ball field. For his family, we lost track back in late 60″s—–I left the “VALLEY”–but will always have fond memories of your loved one—your family——–Stevie Blazek. RIP

Best natural athlete I ever saw.

I went all through school with Steve. We walked to school together, played together. I haven’t seen Him for years but I will never forget him. When my brother Pat died about 5 years ago, he sent me the nicest card and I never got the chance to thank him. I thank you now my old friend. To Steve’s family I am very sorry for your loss. Ed and Rosalie Davis

Please accept my sincere condolences on the loss of your dad. We walked together for a few years. He would bring Sienna and I would have my dog and they would play together as we walked. He was a great guy and we would reminence about Bellaire and SJC in the earlier days. He would drive by me while I walked and honk and yell Hi Gunner to my dog. Great guy.

We send our love and prayers. Rest in God’s love and peace “Uncle” Stevie. Jim, Rich, Lisa and Lori Crawford

We are very sorry for the loss of your dad. I have known him all of my life, and what a wonderful, kind man. May God be with you all. Krista and Bill Scott

So sorry for the loss of Steve to his family and friends. Jimmy and I have so many great, fun memories of spending time with him especially in our younger years. He was an awesome guy and friend. RIP Steve and peace to all that loved you.

Steve was the best at everything fishing, football,and pitching change with me and Paul G. in Gravel Hill hall ,you have my deepest condolences;Steve was a straight shooter.

Participated in many Legion activities together. Always a nice guy!!!
I knew him and his Mom( Betty) for years. Rest in Peace, my friend.