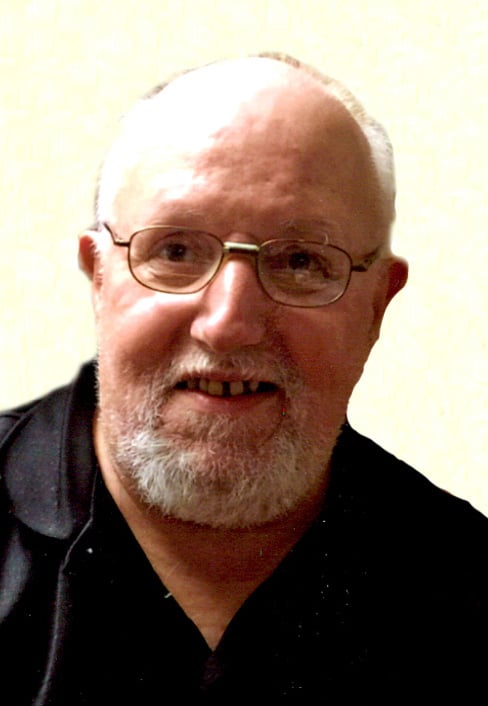 Stephen “Steve” Farrier, 61 of Shadyside, Ohio was called home by the Lord and reunited with his father and mother, Matt and Viola and his twin brother, Michael after a courageous battle with cancer.

He was born July 28, 1957 in Bellaire, Ohio a son of the late Matt “Pat” and Viola Williams Farrier.

Steve was an employee of the Belmont Community Hospital and a Catholic by faith.

In addition to his parents, he was preceded in death by his twin brother, Michael Farrier.

Surviving are his son, Perry Lee McMasters and his wife, Jodi of Dillonvale, Ohio, his sister, Mary McMahon and her husband, Bill of Cadiz, Ohio, his brothers, John Farrier and his fiancee, Jo of Bellaire, Ohio, Matthew Farrier and his wife, Wilma of Jacobsburg, Ohio and Joseph Farrier of Shadyside, Ohio. Also his grandchildren, Joshua McMasters, Jenna (Vic) Ziklo, Perry Leasure, Angel McMasters, several nieces, nephews, great nieces and great nephews and a host of friends.

A memorial gathering to celebrate Steve’s life will be held on Saturday at the Bauknecht-Altmeyer Funeral Homes & Crematory 3900 Central Avenue Shadyside, Ohio from 1pm until time of services at 4pm with his niece, Danielle McMahon officiating. Final arrangements will be held at the convenience of the family.

Share your thoughts and memories with Steve’s family at www.bauknechtaltmeyer.com

I am so sorry for your loss. A lot of my family spent many hours with noth Steve and Mike. Driving around in their hearse and the Bonneville. Mike taught me how to drive while Steve yelled at my mistakes. We played cards together and both Steve and Mike worked at the hospital with my mom Mary Lou Boston.

I remember Steve As quiet and reserved, but then I remember him also with a beer in one hand and a cigarette in another. I remember his voice, high-pitched when he was complaining or bitching at somebody….. he was a character, a good heart man !
So sorry for your loss, please except my condolences to the whole family . Your cousin Shawn Farrier Batche

To the Farrier’s and everyone who knew him, I’m terribly sorry for your loss, it differs from person to person so I could never truly understand what you’re going through. My thoughts and prayers are with you, and though it probably does nothing to diminish the hurt, I wrote this poem in the hopes it’ll provide some comfort:

Don’t think of them departed
as a sorrow on your sleeve,
but a smile, aged and beaming
from a place they’ll always be;

like a technicolor portrait
poised nostalgic in low light,
how a half-grin of remembrance
parts the pall of frigid night,

when a smell floats past, perfuming,
making twinges of the heart,
just remember; though the stars die
what comprised them never parts.

Fly high with the Angels Steve until we meet again…..

To the Family, so sorry for your loss. Hope you will be comforted in knowing that Stephen has the prospect of being resurrected, healthy (in the flesh), to Paradise Earth just as Jehovah God has promised. In fact , the vast majority will enjoy everlasting life right here on earth as God had intended from the beginning. God’s Kingdom will do this under the rule of Jesus Christ. READ John 5:28, 29, Job 14:14, 15,Psalms 37:29,Matthew 6:9,10, Matthew 5:5 and Revelation 21:2-4

Thoughts are with you all during this difficult time.

Mary and family so very sorry for your loss. Prayers of comfort and strength during this time. Carolyn

My thoughts and prayers go out to Steve’s family and friends. He was a great guy with such a great personality. I enjoyed working with him and talking with him. He was such a great person and a hard worker. He will be missed by so many. I am so saddened by him passing away. We had many funny conversations and joked around. I will never forget him bringing his cool finds to work and showing me so we could look them up on ebay. Our jokes too. RIP Steve. You are truly missed.

Wishing for all who loved Steve,peace and many happy memories. Steve will be sorely missed at BCH. He was a great employeee and a good friend. He was quite the jokester around the hospital and provided us all with a lot of laughs.I enjoyed with working Steve. RIP