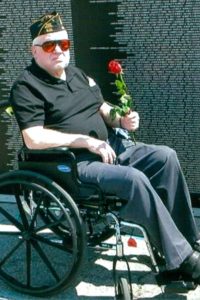 Thomas Franklin Duncan, Sr. 79 years old of Shadyside, Ohio passed away to be with his heavenly father on Wednesday, January 4, 2017 with his beloved family at his side.

Tom was born in Shadyside, Ohio to Oscar and Wilhelmina Brooks Duncan on September 15, 1937. He went to school in Shadyside. He was a Sergeant in the US Army and served in the Reserves while in High School and until he was called to active duty in 1961. Tom was a retired employee of First Energy, formerly the Ohio Edison’s R E Burger Plant at Dilles Bottom, he was a member of the Old Wegee United Methodist Church, American Legion Post 521, Shadyside Masonic Lodge 724 F & AM and the Osiris Shrine.

In addition to his parents, he was preceded in death by two brothers, Donald and John Duncan and one sister, Janice Crozier and nephews, Jeffrey and Rick Crozier and Sean Duncan.

Family and friends will be received at the Bauknecht-Altmeyer Funeral Homes & Crematory 3900 Central Avenue Shadyside, Ohio on Sunday from 2 to 4 and 6 to 8 pm where services will be held on Monday at 11 am with Pastor Joel Traylor officiating. Interment in the Holly Memorial Gardens in Pleasant Grove, Ohio.

Legion services will be conducted on Sunday at 7 pm in the funeral home.

Memorial contributions may be made to the Shadyside Care Center Activity Fund by going to “TMCFunding.com”.

Share your thoughts and memories with Tom’s family at www.bauknechtaltmeyer. com.

Tommy and Jessica, you and your entire family are in our thoughts and prayers.

Charlotte, Kim, Tom, and Pam, and families,
We are very sorry to hear of the news of Tom. He was a great man and cousin. Lots of good memories of our times together. We are sorry we can’t make it back home, but know that you will be in our thoughts and our prayers. My each of you fell the loving arms of our Lord around you to comfort you.

Charlotte, Kim, Tom, Pam, and family,
You have are heart felt sympathy and our love. Tom was a special part our family. He was a good man and great cousin. We are sorry we can’t make it back home, but be assured that you will definitely be in our thoughts and prayers. May you feel the loving arms of our Lord around you to comfort you.

Tommy & Jessica prayers to you and your family, sorry for your loss

Harry will certainly miss Tom, especially at Breakfast. So sorry for your loss. Thoughts and Prayers.

Charlotte I am sending my sympathy to you and your family on the passing of Tom. You will be in my thoughts.

May your memories of Thomas Franklin Duncan, give you peace, comfort and strength…

Charlotte you are your family are in my prayers.