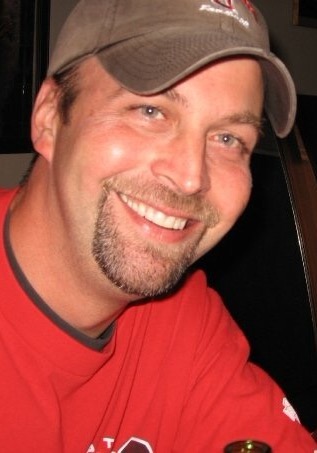 He was born May 28, 1969 in Bellaire, Ohio a son of Samuel E. Zugaro and the late Sammie D. Goodwin Zugaro.

Tim was an electrical engineer with the Alcatel-Lucent Corporation in Columbus, Ohio. He graduated from Ohio University with a bachlor’s degree in Electrical Engineering.

Tim always had a smile on his face and his daughter, Maris was his whole life. He loved being a daddy.

Surviving are his wife, Michelle L. Thompson Zugaro, whom he married on September 9, 2000; his daughter, Maris Leigh Zugaro, his father, Samuel E. Zugaro of Powhatan Point, Ohio, his brother, John (Cynthia) Zugaro of Cincinnati, Ohio and his aunt, Karen Gehrig of Columbus, Ohio. Also his nephew, Charley, his niece, Chelsey and many cousins and friends.

Family and friends will be received at the Bauknecht-Altmeyer Funeral Homes & Crematory 186 Main Street, Powhatan Point, Ohio on Tuesday from 2 to 4 and 6 to 8 pm where services will be held on Wednesday at 11 am with Pastor David Smith officiating. Final arrangements will be held at the convenience of the family.

Memorial contributions may be made to the Columbus Metro Parks by going to tmcfunding.com.

Share your thoughts and memories with Tim’s family at www.bauknechtaltmeyer. com.

Tim was about as GOOD OF A GUY as you would ever meet. Kind,Intelligent,and a good friend to anyone he came across. I remember him from High School like it was yesterday because of these qualities. You will be missed by many. So sorry to hear of your passing

The thoughts and prayers of our family are with you and your family in this time of sorrow. May God give you strength and comfort for the days ahead. Psalms 46:1

Condolences to the family. Sorry for your loss. May God give you strength.

My deepest sympathies go out to the Zugaro family. Tim has left such a positive impact on us all. He will be sorely missed not only as a professional but as a friend.

Praying for all the families!

Deepest sympathy for your loss. May the Lord give you comfort.

So sad to hear about Tim. He was one of those great guys, husband and father. He would brighten anybody’s day with his smile. God Bless you Michelle and Maris and the entire family. May your grief in time be softened by the memory of all the wonderful times you had with him and that he is in a better place.

My thoughts and prayers are with the entire Zugaro family. Special prayers for his wife and daughter.

Prayers for all the families involved in this tragedy.

My deepest sympathy to the Zugaro family
Tim was a wonderful and caring co-worker. We will miss you Tim!
May God, the Almighty, rest his soul in peace.