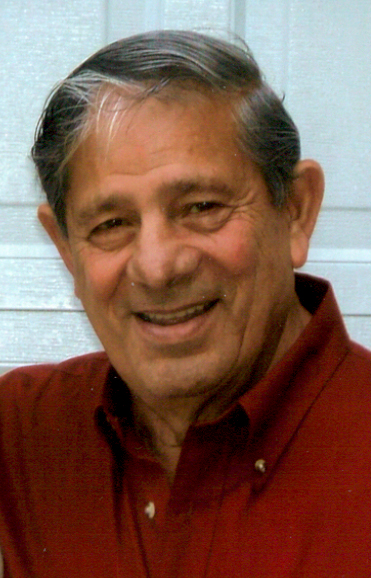 He was born in Bellaire, Ohio July 9, 1927 a son of the late Samuel and Angelina Bartolo Esposito.

Tino was a member of the American Legion Post 52 of Bellaire, Ohio and a US Army veteran of World War II.

In addition to his parents, he was preceded in death by sisters, Victoria Sirianni, Elizabeth Johnson, Angelina West, Rose Toth and Mary Law and brothers, William Francis and Louis Esposito.

There will be no visitation. Pastor Jeff Greco will conduct private services at the Holly Memorial Gardens in Pleasant Grove, Ohio with Full Military Honors by the Belmont County Veterans Association.

Memorial contributions may be made to the Valley Hospice, Inc. by going to TMCFunding.com.

Share your thoughts and memories with Tino’s family at www.bauknechtaltmeyer. com.

Gloria,
My heart n prayers will continue for you and your family. There was no one like Tino…loved by many.

rest in peace TINO YOU WILL BE MISSED

I am so sorry to hear of Tino’s passing. Working for him for the 4 short years when he was Bellaire Mayor was such a pleasure. He was very good to me and my family. I will remember him always as the kind, gentle man with a big heart.

Grew up with Tino, It was the Belmont-Union street gang. Tino was a friend of mine.
Had to help him with Keno at the Blue Angel these past years.

Terri and Mark, So sorry to hear of your father’s passing. No words that I say can help with your healing. May God wrap his arms around you and help you through this trying time.

My thoughts and prayers are with you all.

My thoughts and prayers are with you all.

So very sorry to hear of Tino’s Passing. Always liked him and always had a smile or kind word for all …..RIP, Tino

Uncle Tino where do you start with the memories. So many Christmas Eves at Mom and Dads (Vickie and Johnnies) . Sitting on the bench with Renzi and Steve and at Gullas . Saturday Bellaire football games. You will be truly missed. Our hearts go out to all our family. Gloria, Kenny, Tina, Terri, and Mark. God Bless and Peace be with you all. Love Sam and Cathy