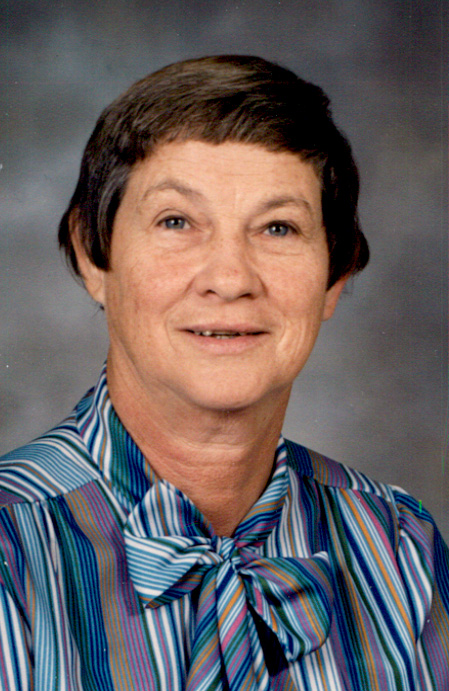 Luba was a Catholic by faith and member of St. John Vianney Catholic Church. She earned a Bachelors degree as well as a Masters degree in education from Ohio University. She taught elementary special education for 40 + years. Luba Coached girls volleyball and basketball, worked as a part time instructor at Ohio University Eastern and taught bowling, swimming, physical education, track, golf, rhythmics, adapted activities as well as special education workshops. She was a Democratic delegate to the National Convention for Jimmy Carter and was active in Belmont County politics for many years. She also served on the Belmont County Precinct Committee. Luba was an avid bowler even into her eighties and was a softball pitcher. She also enjoyed visiting Wheeling Downs Racetrack and Casino as often as she could. Luba was a member of the Bellaire Eagles, the American Legion Women’s Auxiliary Post 228 and the Ohio Education Association.

Family and friends will be received on Thursday June 6 at the Bauknecht Altmeyer Funeral Homes & Crematory 3900 Central Ave, Shadyside, Ohio 43947 from 2-4 and 6-8 pm with a vigil service at 7:45pm. Visitation will also be held on Friday June 7, 2019 from 11am until time of funeral liturgy with Mass at 1 pm at St. Mary Catholic Church in Shadyside, Ohio with Fr. Daniel Heusel officiating. Burial will follow in Powhatan Cemetery, Powhatan Point, Ohio.

Memorial contributions can be made to the Powhatan Swim Team by going to “TMCFunding.com”.

Share your thoughts and memories of Luba with the family at www.bauknechtaltmeyer.com

Enjoyed working with Luba at Powhatan Elem. Always an upbeat person and loaded with personality! Prayers for all!!!

Joe and family so sorry for your loss! Luba definitely lived her life! She touched so many lives!

My sincere condolences; So many wonderful memories of the Binni Family! May God Bless

Chris
sorry to hear about your mom. you and your family will be in my prayers. Bobby Powell

Chris, sorry to hear about your mom. she will be in my prayers

To Jerry and the entire Binni family——Luba Binni was a woman’s “Libber” before women were confident to be such. I carry my own namesake after Luba Binni. She was a Woman’s Woman and had a Heart big enough to carry the load. She helped me so much when I was a young teen and had lost my Mother. She allowed me to help her teach swimming to so many kids. Jerry and I have remained friends for 60 years and Jerry is the Man he is today because of Joe & Luba Binni. May God in Heaven allow Luba to Teach & Coach all the new entry’s. May GOD bless the family of LUBA BINNI !!!!!

Joe, Jerry, Rick, Eddy, Chris
Sorry for your loss, but she is in a better place and at peace.
What a legacy she has left behind. Everywhere she went she left a great aroma. As you will hear and see in the next few days. You all have great shoes to feel. Maybe with the 3 generations you might be able to accomplish.
I can remember when I was visiting with Sarah Luba let her and Randy participate in a swim meet. Was the highlight of the visit. I can still recall seeing and hearing her when we were young. She never got to excited , let it roll off her back. Some good wisdom for us all.
With our Deepest Sympathy

Jeremy and family, Sorry to hear about your grandma. She and my mother bowled together. She always asked about Samantha and how she was doing. Prayers of comfort for you and your family.

Luba was a modern day woman when that was unheard of. She not only taught and coached children about sports and basic education, but she taught them about life and being a good person.
May God bless Luba, that she is welcomed into Heaven to her place she has earned. Prayers for Joe, sons, and extended family. She will be missed. God Bless.

I will never ever forget Luba. She would do anything for any one in a heartbeat. I remember when my husband then was sick with cancer. My dad had passed away in Toledo. I had no way up there. Without hesitation she price me and my daughter up took us to Toledo. Said her condolences to my mom jumped in her car and drive back home. I will ALWAYS be grateful to her for that. She will definitely be missed my so many people. Thinking of the Binni family this time❤❤