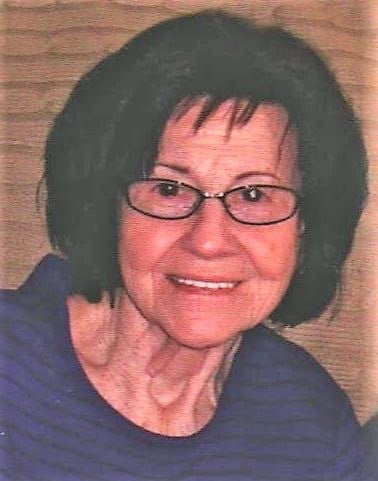 She was born March 16, 1934 in Martins Ferry, Ohio a daughter of the late Walter and Lena Wilson Leach.

She was a homemaker, a dedicated wife and mother. She was a member of the St. Mary’s Catholic Church in St. Clairsville, Ohio.

In addition to her parents, she was preceded in death by her brother, Walter Leach.

Family and friends will be received at the Beck-Altmeyer Funeral Home & Crematory 204 West Main Street St. Clairsville, Ohio on Friday from 2 to 4 and 6 to 8 pm. Funeral liturgy with Mass will be celebrated Saturday, July 2, 2016 at the St. Mary’s Catholic Church in St. Clairsville, Ohio at 10 am with Fr. Ed Maxfield, as Celebrant. Entombment in the Holly Memorial Gardens Mausoleum in Pleasant Grove, Ohio.

Vigil services will be held on Friday at 4 pm in the funeral home.

Memorial contributions may be made to the St. Mary’s Catholic Church by going to www.TMCFunding.com. To donate please CLICK HERE.

Sorry to hear about your wife.

Please know that you and your family are in our thoughts and prayers during this very difficult time.

Sorry to hear of your loss. I do understand loss after watching Moe struggle with death .

I was so very sorry to hear about the loss of your mother. My family’s thoughts and prayers are with you and your family during this time of loss. Your Class of 1979 family will always be there for you should you need us.

Phil & Family, l’m sorry to hear of the passing of Vivian. All of you will be in my thoughts & prayers. May God Bless all of You.

Phil and Family, So sorry to hear of the loss of Vivian. You and your family will be in my thoughts and prayers.God Bless all of You.