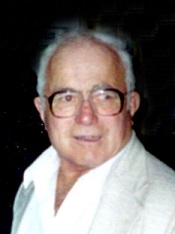 He was born September 9, 1922 a son of the late Charles and Delia (Conforti) Cetorelli in Bellaire, Ohio.

Vondi was proud to have served in the U.S. Army.

He owned his own plumbing business Belmont Supply and was well respected by his customers.

He was retired from Wheeling Pittsburgh Steel.

Vondi was an avid reader and loved to travel especially to Italy.

Until his death he also held the distinction of being the oldest licensed living plumber in the state of Ohio.

Preceding him in death were his parents, his wife Mildred Cetorelli as well as two brothers.

In addition he is survived by two sisters, Mary Belot and Freida Siebieda.

Family and friends will be received at the Bauknecht-Altmeyer Funeral Homes & Crematory 441, 37th Street, Bellaire, Ohio 43906 on Wednesday August 22, 2018 from 10 am until time of service at noon with Pastor Tim Doudna officiating.

Entombment will take place at Holly Memorial Gardens Mausoleum at the convenience of the family.

Share your thoughts and memories of Vondi with the family at www.bauknechtaltmeyer.com

A true Bellaire icon! He was hard-working, generous, passionate, and intelligent. He has left an indelible mark and will always be remembered. Rest In Peace.

A special person. Always available to help everyone, no matter when. Will be missed.

A special guy. Always had time too help you, no matter what time of day. Will be missed by all.

Vondi could be rough, but the man never made excuses nor was he false about who he was. That makes him probably the most honest man I ever had the pleasure of knowing. I was lucky to get to go to Italy with him. Some of my best memories are carrying him in one arm an luggage in the other. He did a lot of work for the people of Bellaire, many times for not more than a spaghetti dinner. I will miss you zio, and I will see you again someday.

So sorry for the loss of your father, Randy and Family. Prayers are with all of you.

Vondi, was always in demand, a great plumber- when you could get him, we use to have to wait till evening to get a hold of him. Our whole Family always called for Vondi’s help. I remember Vondi came to our wedding, hardly anyone recognized him, he didn’t have his little hat on, and he really was a handsome man underneath all that dirt. A great man, our sympathy to his Family. Rest in peace, Vondi, sure goes to say that hard work never killed anybody, because Vondi worked from morning till night.

Dearest Randy and Sharon – my sincerest sympathies! I love you both and think of you so often! I am so sorry to hear about your dad’s passing. He had a nice long life here on God’s Beautiful Planet called Earth. All My Love!!

My sincere and deepest condolences to the family and friends of Vondi. Denny Albaugh