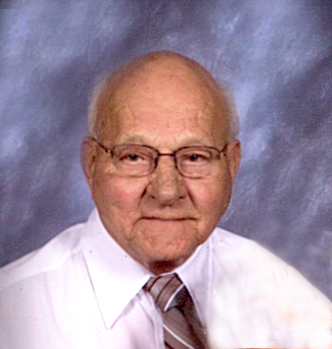 He was an OVAC track official for over forty years, a founding member of the Shadyside Relays Committee and received numerous track official awards. Wilbur was a staunch Ohio State Buckeye and Cleveland Indians fan. He was a loving husband, father and grandfather.

In addition to his parents, he was preceded in death his sister and brother-in-law, Joanne and Roger Ward and his brother, Don Coates.

Memorial visitation will be held on Saturday at the Lincoln Avenue United Methodist Church in Shadyside, Ohio from 10 am until the time of the Celebration of Wilbur’s Life  at 11 am with Rev. Randy Weaver officiating. Inurnment in the Union Cemetery in St. Clairsville, Ohio at the convenience of the family.

Belmont County Council of the American Legion will conduct Full Military Honors at 10:45 am.

Memorial contributions may be made to the Lincoln Avenue United Methodist Church (CLICK HERE) or the OR & W Fire District (CLICK HERE) by going to “TMCFunding.com”.

Share your thoughts and memories with Wilbur’s family at www.bauknechtaltmeyer. com.

I first met Wilbur when I reported to Shadyside to officiate a track meet. Being one of the younger officials and newer to officiating in Ohio, I was a little apprehensive coming on the scene in Ohio and especially being around more seasoned officials like Wilbur. But it didn’t take long for that apprehension to disappear as Wilbur was one of the many officials who welcomed me. From that moment forward, I continued to get to know Wilbur better as each meet and year passed. Over time he was a great mentor to me as he showed me how to consider the rules of the sport while making sure the athletes were considered in every decision. He also demonstrated on more than one occasion that you also have to have fun and enjoy officiating. He is well-known within the track community and he will be sorely missed in that capacity.

But the most pleasant surprise came after a couple of years. The officiating community tends to be small and close but what I learned one day made it even closer, at least as it relates to Wilbur. We were at Shadyside for a meet and several officials had gathered pre-meet in the parking area just north of the the track in the area where officials typically park. As we were making small talk Wilbur looked at me and out of the blue asked if I was related to Leon “Bud” Turner. I said “Yes”, he was my father. Wilbur then shared with me that he knew and worked with my dad at Bell Telephone. What a small world that I would connect with one of my dad’s coworkers so many years later! Wilbur – maybe you and dad can fix a telephone in heaven.

My deepest condolences to family and friends as we mourn Wilbur’s passing and celebrate his life! I know I will miss him.

The day I hired Wilber Coates and Homer Ullom to officiate my Invitational Track Meet was the wisest decision I ever made. It helped guarantee the success of my meets. Wilber was my Meet Referee and his expertise was professional in all aspects of meet management.
Wilber was a soft spoken man who non-the-less commanded respect. his focus was always on what was best for the athletes. he was never a threatening man, but always firm in his decisions. He was absolutely knowledgeable interpreting the rules of track & field.
Over the years I got to know Wilber, I would characterize him as a kind and with a quiet demeanor man. I never hear harsh talk from him. He stuck me as a principled individual. The man I can to know strikes me as being most certainly a good father and husband. I would bet money on it.
My deepest sympathy to Wilber’s wife and children.

Wilbur Coates was a great inspiritation for me whenI became an OHSAA Track&Field Official. He was always willing to help me out when I had questions about a rule that I thought had been broken. Wilbur would always tell me tone sure you read the rules and understand them in order to enforce them correctly. His sense of humor made him a great Official, Man, and more importantly to me a Friend!

I remember when Wilbur and my dad Nick “Lefty” Kaluger, started the little league in Shadyside.
Wilbur was a great guy to be around.

On behalf of the St.Clairsville Schools and Athletic Department, we extend our deepest sympathy to Wilbur’s entire family. He was such a “good man” that love being around our youth. He was always upbeat and positive when we crossed paths with him and his service to our school as a Track & Field Official was tremendous. He left quite a legacy as an Official of the OVAC & OHSAA but more so as a wonderful person. We will miss him dearly.

You will be deeply missed. Gods speed Mr. Wilbur.

So sorry for your loss. Thoughts & prayers for all of you through this difficult time.

May your memories of Wilbur L. Coates, give you peace, comfort and strength…

My condolences to Wilbur’s family. He was a wonderful man with whom I spent much time with @ Bellaire track meets. I will miss him! He will always have a special place in my heart. God bless you!

When I worked the clock at finish line for UL track meets, my first remark always was, ” Please tell me Wilbur is here”, because Wilbur was always so great at running the meets and helping with close results. Everything was smoother with Wilbur in charge. He was great with the coaches, the kids participating, and those working. My heart and prayers are with all his family.