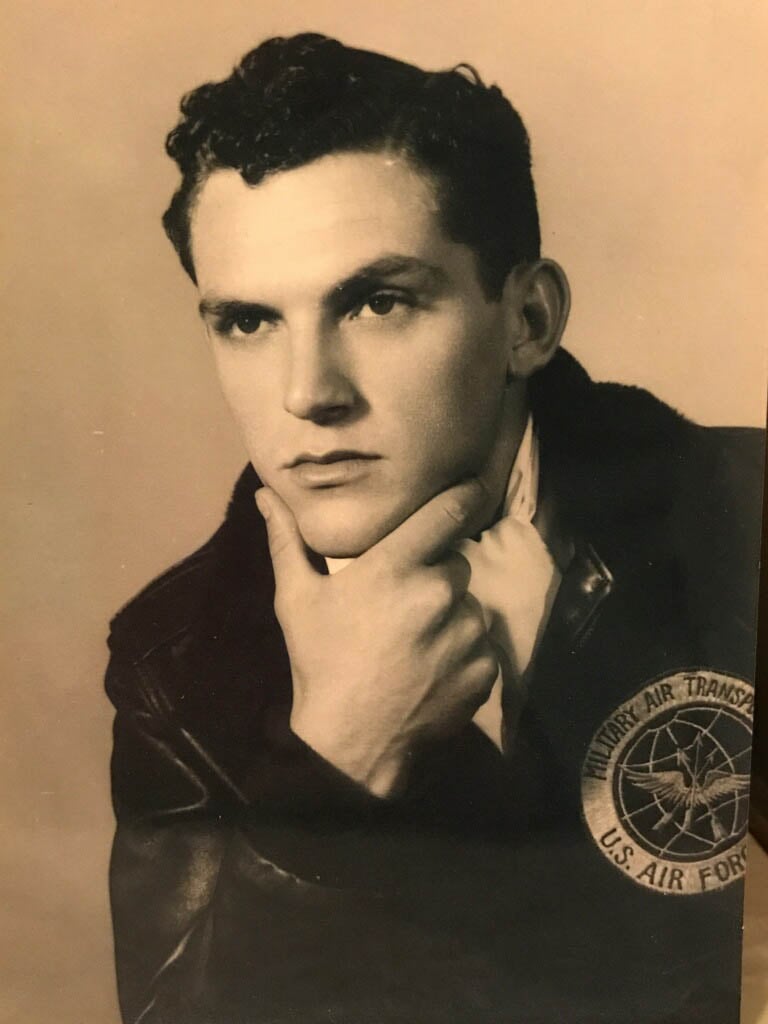 William A. “Bill” Brookins 82 , loving husband, father, father-in-law, grandfather and great-grandfather, passed away March 2, 2017 at his Shadyside home surrounded by his loving family.
Bill was born August 14, 1934 in Mesa, AZ a son of the late William and Mary Luderadi Brookins.
He was a retired Master Sargent in the United States Airforce touring the states and many countries throughout his 22 years as USAF Missile Exhibitor while serving his country in the Vietnam War. He also retired from the Bellaire School District in 1996 as a bus driver. He loved his students.
He was a member of the Airforce Orientation Group Alumni at Wright Patterson AF Base, Dayton,OH, He was a member of the American Legion Post #521 Shadyside, the DAV #116 and VFW # 626 Bellaire, OH, He enjoyed camping, boating, spending time with family and friends and outdoor Bar-B-Q”S. He enjoyed helping people in need. He was a member of St. Mary’s Catholic Church Shadyside, OH.
Preceding him in death, was his wife Mary Ann Bell Brookins on January 18, 2009, and a brother James Brookins.
Surviving are two daughters; Robin (Terry) Burkhart and Lisa Clendenin both of Shadyside,OH, a son, Jeff (Connie) Brookins of Jacksonville, FL, a brother, Jim (Micki) Dion of Ringgold, GA. Grandchildren, Danielle (Eric) Rosen and Breana Burkhart all of Shadyside, OH, Jessica (Matt) Powell of Rayland, OH, Justin (Casey) Clendenin of Shadyside, OH, Ryan( Jordyn) Brookins, Randy Brookins and fiancé Chip Carr all of Jacksonville, FL, two great-great grandchildren, several nieces, nephews and friends around the U.S.
Family and friends will be received, Monday from 2-8pm at the Bauknecht-Altmeyer Funeral Homes and Crematory, 3900 Central Avenue, Shadyside, OH, Funeral Liturgy with Mass will be at 11am Tuesday at St., Mary’s Catholic Church Shadyside with Father Samuel Saprano as Celebrant.
Burial follows at Powhatan Cemetery, Powhatan PT, OH.
Belmont County Council of the American Legion will conduct services at 7pm Monday at the funeral home.
Condolences may be expressed to the family at www.bauknechtaltmeyer.com

What a coincidence that Bill and Dick lived across the street from each other for years and passed away within ten days of each other. They are probably reminiscing now. Our condolences to all the family. God bless you all in this time of shared loss.

So sorry for the loss of your dad. Prayers to you and your family.

Our sincere condolences to each & everyone of his family…..He never knew a stranger, had a heart of gold…… will miss his visits. RIP our friend.

Roger,Ace and I have enjoyed Bill’s company at the many family functions held at Robin and Terry’s and Danielle and Eric’s homes. He was always smiling and teasing in a fun way! Nothing but fond memories!! Rest in Peace!! Fly high with the angels!! You will be missed!

Sending my deepest condolences to the family. May God comfort you all with the assurance that Bill is at rest in His Heavenly arms.

I will miss Bill a lot. He would come into the Shadyside pharmacy and we would talk awhile and he would buy chocolate covered pretzels and share them with me. He was such a nice person and will miss seeing his smile.God bless you my friend Bill .Keeping his family in my prayers.

Will miss your weekly visits to our office. Deepest sympathy to the family, your in our thoughts and prayers.

Bill was a good friend. Nancy and I had great times him at the Blue Angel and at
cook outs. He always had a story to tell. You will be missed my friend. Our condolences to all the family.

May your memories of William A. Brookins, give you peace, comfort and strength…

Uncle Bill (not by blood, but by every act of attention and love) called me every six weeks from the spring of 2013 (when my husband passed away) through this January 2017. He and Aunt Minnie were very close to my parents, Tony and Vivian Tononi, in those old Air Force days! As I approach age 66, I think back on the 58 years I enjoyed the fun and compassion by them and their “kids” Robin, Jeff, and Lisa. My heart is full with the memories, and with the love for all of them that will forever endure. Say “hi” to Aunt Minnie and my parents up there, Uncle Bill! Bebe