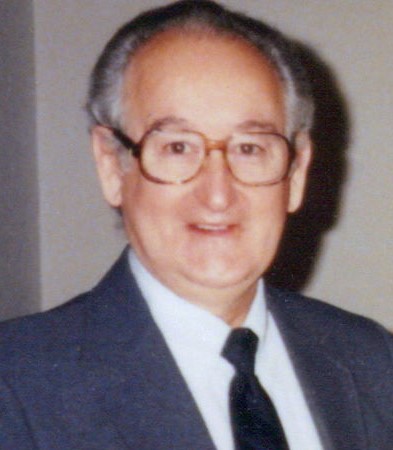 William Ewing Schramm, 95 of Shadyside, Ohio went to be with the Lord on October 15, 2021 , after a life of service to his school and community.

William (Bill) was born November 26, 1925, in Shadyside, Ohio , son of the late Cline A. and Anna Trigg Schramm. He was a member of St. Mary Catholic Church, Shadyside, Ohio and a graduate of Shadyside High School.

Bill left high school early in 1943 to join the U.S. Coast Guard at the height of World War II and was assigned to the USS Lorain (PF-93) as part of a mostly all-Ohio crew. He completed his high school workload after the war and was awarded graduation from Shadyside as part of the Class of 1945.

After the war, he also attended West Liberty State Teachers College (now West Liberty University) and roomed with, then, soon to be, Shadyside colleagues and teachers, Jack Berger and Steven (Whitey) Magyar, where he earned his bachelor’s degrees and teaching certificates. Bill completed his Masters of Education through West Virginia University where he also earned his Principal and Superintendent certificates. Bill served in several roles and taught various curricula over his 30 years in the Shadyside School system including, Social Studies, Geography, Bookkeeping/Accounting, and Office Machines, enriching the lives of many students. He also served as Guidance Counselor and Assistant Principal for the high school and was the district grant writer, securing significant funding for the classrooms and students. His students may recall his role in implementing the Driver’s Education Program at Shadyside and teaching Driver’s Education to hundreds of students over the years. He also served as Principal at the Jefferson Elementary School. He was a member and former commander of the Shadyside American Legion Post 521 and for many years served as the District 11 Chairman for the “Gifts for Yanks” program.

In addition to his parents, Bill, the seventh son, was preceded in death by his wife of 64 years, Frances Jean Pacifico Schramm in 2013. Other immediate family passing before him were six brothers: Warren (Jean), Fred (Martha), Lewis (Mary), Harold, Harvey (June) and Roy and two sisters, Dorothy (Lloyd) Christy and Mary Jane (Eugene) Badia.

Family and friends will be received at the Bauknecht-Altmeyer Funeral Homes & Crematory 3900 Central Avenue, Shadyside Ohio on Wednesday, October 27, 2021 from 5 to 8 pm.

Private funeral services will be held at the convenience of the family with Fr. Daniel Heusel officiating. Interment in the Powhatan Cemetery in Powhatan Point, Ohio. Belmont County Council of the American Legion will conduct services on Wednesday at 7 pm. Memorial contributions may be made to the American Legion Post 521 of the Shadyside High School Alumni Association by going to TMCFunding.com.

Rest in peace Uncle Bill.
So very sorry for your loss Mike.

Mike, so sorry for your loss. Prayers for you and your family.

To Mr Schramm’s Family, so sorry for your loss. He was a wonderful teacher, and had patience when it came to driver’s Ed.

Mike and family, I’m very sorry to hear of Bill’s passing. He was a good guy.

I am so sad to hear of Mr. Schramm’s passing. He was my Driver’s Training instructor & our car group had the best summer. We girls took him to Elby’s on our last day & he gave us memories we still laugh about. I enjoyed running into him over the years. Our conversation always included lots of smiles & hugs. He was a wonderful man! My sympathies to the family.

So sorry for your loss. He was great teacher and Lord knows I gave him such a hard time! May he rest in the arms of our Lord. Prayers of comfort for the families.

Mr. Schramm was my driver’s ed teacher. He also taught about car parts. For some reason, he often mentioned the cam shaft. I still don’t know what that is…but I did pass the driving class and the driving test to get my license. He was sooo patient with his students. Peace.

Mike, so sorry to hear of Bill’s passing. You and your family are in our prayers.

Thoughts and prayers Mike and Joyce!