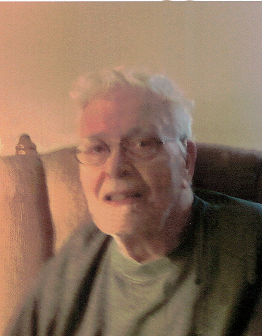 William J. “Bill” Wiethe, 93, of Neffs, OH died Saturday, August 12, 2017 at Wheeling Hospital. He was born February 27, 1924 in Wheeling, a son of the late William and Alice Coleman Wiethe.
Bill was a retired rural route carrier for the Elm Grove Post Office, a member of Sacred Heart Catholic Church and a US Navy Veteran of both WWII and the Korean Conflict.
Bill enjoyed making wine for which he won many awards, but he most of all enjoyed time with his family and helping others in their time of need.
In addition to his parents, he was preceded in death by two brothers, Albert and Lawrence Wiethe; two infant daughters, Pamela and Rebecca Wiethe.
Surviving are his loving wife of 68 years Dolores Edge Wiethe of Neffs; two daughters, Mary (Jim Taetz) Wiethe of Neffs and Paula (Richard) Hogg, Jr. of Westernport, MD; three grandsons, Michael (Erica) Stauver, William (Stephanie) Stauver, Richard (Dr. Meredith Hellstern) Hogg, III; four great grandchildren; and his dog, Sadie.
Friends will be received on Tuesday from 3-8 pm at Bauknecht-Altmeyer Funeral Homes & Crematory 441 37th Street Bellaire, OH 43906 where a vigil service will be held at 7:45 pm.
Funeral Liturgy with Mass will be celebrated Wednesday 10 am at Sacred Heart Catholic Church, Neffs with Fr. Dan Heusel as celebrant. Burial will follow in Mt. Calvary Cemetery, Wheeling.
Share your thoughts and memories of Bill with his family at www.bauknechtaltmeyer.com

May your memories of William J. Wiethe, give you peace, comfort and strength…

Thank you Sir for your service to our Country and for our way of life.

Rest now in the arms of our Lord, your mission on earth is complete.

Our thoughts and prayers to the family†

Mary, you and your family are in our thoughts and prayers at this difficult time but know without a doubt your father Loved all of you & if there is a positive in his passing it is that he has graduated, we are all schooled here on earth & one day we all will graduate but for now those of us who are here should celebrate his life.

Many prayers and thoughts are with your family.

Deepest sympathy to the family.