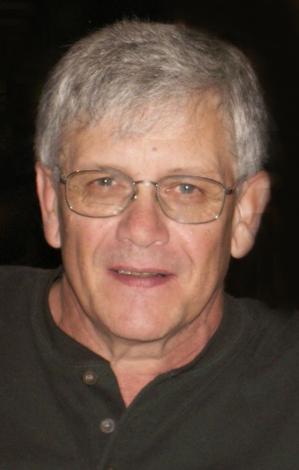 William L. Boltz, Jr. 69 of Powhatan Point, Ohio died peacefully at home surrounded by his loving family after a courageous battle with ALS on Wednesday, January 4, 2017.

He was born November 6, 1947 in Bellaire, Ohio a son of the late William L. and Rose Susac Boltz, Sr.

Bill was a retired employee of the American Electric Power’s Kammer Plant and the former North American Coal Corporation. He was a member of the First Presbyterian Church, Moriah Lodge 105 F & AM, Order of Eastern Star Captina Chapter 489, VFW Post 5565 and American Legion Saner Post 228 all of Powhatan Point, Ohio and a veteran of the US Army Reserves.

He was an avid hunter and fisherman.

In addition to his parents, he was preceded in death by one son, David W. Boltz.

Memorial contributions may be made to the First Presbyterian Church, 105 Main Street, Powhatan Point, Ohio 43942.

Pixie, We are so sorry to hear about Bill, I have fond memories of him. You are in our thoughts and prayers.

We are so sorry for your loss. Thoughts and prayers for the whole family.

I’m so sorry your loss of your husband. I pray for God to comfort and give you strength.

Pixie and Family,
I share in your loss and sorrow of the passing of Billy. May you surround yourself by your family and friends to help you get through this. You are loved Pixie by many that loved Billy as well. May God wrap his arms around you and your family during this difficult time.
Prayers and hugs to you!

Pixie and family…so sorry for your loss. Prayers as you trust in the Resurrection promises of Jesus!

So sorry to hear. We will keep you all in our prayers. Rest in peace Billy.

So sorry for your loss. Thoughts and prayers for strength and comfort.

I am so sorry to hear about Bill ! He will be missed by everyone! God bless his family

We send our deepest sympathy. Your family is in our thoughts and prayers.