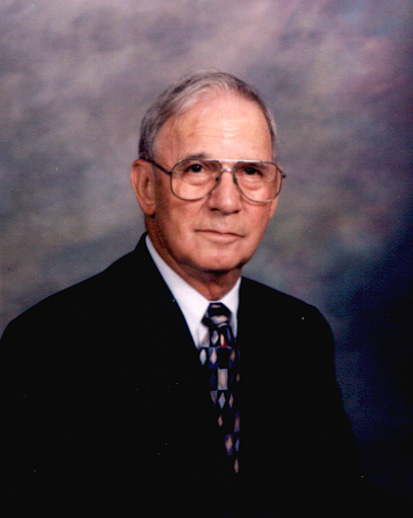 William P. Weigand, 97, of St. Clairsville, OH died peacefully on Friday, November 30,2018 at Forest Hill Nursing Home surrounded by his family. He was born February 28, 1921 in Pittsburgh, PA the only son of the late Peter and Caroline Krane Weigand.

In addition to his parents, he was preceded in death by his loving wife of 56 years, Mary Jane Kenney Weigand; three sons, William, Joseph and Robert Weigand; a daughter, Mary Weigand.

Bill was a graduate of the University of Pittsburgh with a BS Degree in Industrial Engineering. He served his country during WW II as a pilot in the U.S. Army Air Corp. Upon completing his duty, he joined Wheeling-Pittsburgh Steel Corporation in 1949 as a practice engineer at Benwood, WV plant, and worked his way up to Superintendent of Industrial Engineering at the Steubenville, OH plant where he retired in May of 1983 after 34 years. Following his retirement, he enjoyed the flexibility of working for Seminole Tubular Products in Cambridge, OH as an Industrial Engineering consultant.
He was very involved with the Knights of Columbus and served as past Grand Knight for Moundsville Chapter 1907, Fourth Degree Member of the Commordore Barry Assembly Knights of Columbus 802, and is currently a member of the Knights of Columbus St. Clairsville Chapter 4243. He also is a member of St. Mary’s Catholic Church and served as an usher at the 4:30 Mass. Other organizations he belonged to include being past president and current member of St. Francis Society, Member of the National Management Association, Former Councilman for Clearview (Wheeling) WV, past secretary and Board Member of the Russell Nesbitt Services, Inc, and a member of the American Institute of Industrial Engineers.

Friends will be received on Tuesday from 2-8 pm at Beck-Altmeyer Funeral Home & Crematory 204 West Main Street St. Clairsville, OH 43950 with a Vigil Service at 4 pm and a Knights of Columbus Prayer of Rosary Service at 7:30 pm.

Funeral Liturgy with Mass will be celebrated on Wednesday at 10 am at St. Mary’s Catholic Church with the Very Reverend Thomas Chillog as celebrant. Burial will follow in Mt. Calvary Cemetery, Wheeling.

Memorial contributions may be made to Catholic Charities of West Virginia or Russell Nesbitt Services by going to “TMCFunding.com.

Share your thoughts and memories of Bill with his family at www.beckaltmeyer.com

Carolyn, Matt and Michelle-
Thinking of you all and keeping your family in my prayers.
Michelle, my childhood memory of your grandpa is of a man who always treated me with kindness and warmth as one of your friends.
Hoping warm memories of him bring you peace and comfort during this time too.

We want to extend our most heartfelt condolences. I remember Bill frequently visiting Menard’s when we lived next door on Greentree Drive, and our son Matt calling him “Pappy” just like Michelle and Matt did. He also befriended my father, Joe, at Beacon House which my dad truly appreciated. Our prayers are with your family during this difficult time.

May your memories of William P. Weigand, give you peace, comfort and strength…

Karen and Chuck,
Condolence on the loss of your loved one. He is in my prayers.

Karen sorry for you and your family loss.

Carolyn, Michelle & Karen: I am so sorry to hear about your father, and Grandfathers passing. I remember as a young child talking to him and Michelle when we lived next to you on Greentree Drive, and later talking with him when he was living at Beacon House. My thoughts and prayers are with your family. Matt Maxwell