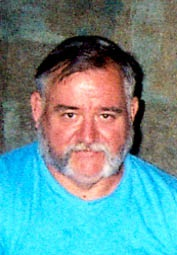 He was born December 5, 1953 a son of the late Charles and Georgia (Blakemore) Thomas in Glen Easton, WV.

Bill was a coal miner for Consol Energy for over twenty years and also worked as a bundle hauler for Ogden News for 17 years.

He was an avid Steelers fan.

He was a Methodist by faith and graduated from John Marshall High School.

Bill was preceded in death by his parents, as well as a sister Barbara Kelly and a brother Charles “Sonny” Thomas Jr.

He is survived by his wife, his children, Valerie (Ken) Cawley of Aleria, OH, Wesley (Elyse) Thomas of Wheeling, WV, and Heather Dippel of Shadyside, OH.

In addition he is survived by his siblings, Judy (Paul) Koch, Jack (Norma Jean) Thomas, Robert Thomas, Cindy Farnsworth, Linda (Donald) Clark and Frank Thomas along with 9 grandchildren, many nieces and nephews and several great nieces and nephews.

Funeral service will be held on Thursday March 23, 2017 at 11 am with Pastor Joel Traylor officiating.

Share your thoughts and memories of Bill with the family at www.bauknechtaltmeyer.com

Deepest sympathy to your family for their loss!

sorry for your loss from a distant cousin

Thoughts and prayers for my Aunt Rose, Heather and rest of the family for the loss of my Uncle Bill. He was a loving and hard working man who instilled Steeler pride in many of us.

So sorry for the loss of my great uncle Bill he was a kind an loving uncle. Prayer for the whole family.

So very sorry for your loss. The family will be in my thoughts

prayers during this time lots of hugs for the family

So sorry for the loss of my uncle Bill. My thoughts and prayers are with all the family.

Heaven received another angel. A loving husband father grandfather and a friend that will we all will miss

To a loving husband father grandfather and a friend. We all will miss you and you will always remain in our hearts

$o mamy memories and good times. Love you and miss you.