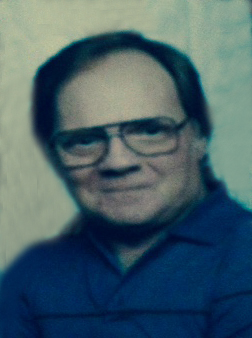 He was born July 14, 1935 a son of the late Arthur and Margaret (Kerry) Venham in Shadyside, Ohio. William was raised by his grandparents William and Mary (Forbes) Kerry.

William was a veteran serving in the army. He was a bricklayer by trade and worked for Ormet as well as Quarto # 7 mine.

He was a member of the International Union of Bricklayers and Allied Craftworkers Local #9, the United Mine Workers and United Steel Workers Union.

Preceded in death by his parents and a sister Judy Venham.

He is survived by his wife Teresa Venham of Shadyside, OH, his children, Tracy, (John) Kovello of Willowick, Ohio and John Venham of Shadyside, Ohio. He is also survived by his siblings, Mike Venham of Merritt, NC, John Venham of Moorehaven, Fl, Nina Simpson of Lehigh Acres, Fl and Marsha Darna of North Fort Meyers, Fl as well as a granddaughter, Danielle Kovello, a great granddaughter Lillian Marie Kovello; a niece Shawnda, (Sean) Price of Palm Coast, Fl and a nephew Rocky Patterson of Rockville, Md.

Family and friends will be received at the Baukenecht-Altmeyer Funeral Homes & Crematory 3900 Central Ave, Shadyside, Ohio 43947 on December 4, 2015 from 6 until 8 pm and again on December 5, 2015 from 10 am until time of service at 12 pm with Rev. James Hoff officiating.

Burial will follow in Linwood Cemetery where full military honors will be conferred by the Belmont County Veterans Association.

Share your thoughts and memories of William with the family at www.bauknechtaltmeyer.com

Love and PRAYERS, you will be sadly missed

Love and PRAYERS, you are sadly missed

Jon we are so truly saddened for the great loss of your father Buck. We have faith as we know you do , that you will see him again being children of God. ( John 6:47- “Most assuredly, I say to you, he who believes in Me has everlasting life”) Remember that God is holding your right hand, as we have found that phrase over 4 times in the Bible…He will never leave you nor forsake you. Our prayers are continually going out to you and your entire family, and if there is anything we can do for you please do not ever hesitate to ask. Please continue to hold onto your faith, and remember Philippians 4:8-9 and 1 Thessalonians 4:12-18….
Much love,
Randy and Lisa

Teresa, so sorry about Buck, I just found out this morning. It makes me very sad. I would be there if I could but I have to work. Just know that you are in my thoughts and prayers. And Buck will be missed. He was there for me when Mike died, kinda watched over me at the memorial just like you guys did when I was a kid.

Dear Teresa, I was so sorry to hear about your husband’s death. My thoughts and prayers go out to you and your family. May God Bless You and give you strength in the days, weeks and months ahead.

Will certainly miss his company at the lake. What a wonderful man to know. Always great conversation over a cold beer or some of that homemade wine. He was allways willing to jump in and help with all the off the wall crazy projects/situations i would get into. I remember how patient he was with my youngster son as they poured concrete at the club. Also the time the wind peeled the roof off his house boat as we both struggled in the rain to cover it back up. Just wont be the same down there without him although i am sure he is still going to be there watchin over us. I Will continue to look for him out to the end of that dock every time i go to the lake. Gonna miss ya buck

We always laugh when we remember the times Buck got angry when his satellite quit working on his boat! Poor receptionist at the satellite company! And we will always remember the good times and his expertise and help with club projects. R.I.P. Buck.

May your memories of William Venham, give you peace, comfort and strength…

Ms. Venham, So sorry for the loss of your husband of 53 years.
May The Lord bless & encourage you today in His special way.
– Jimmy Woods (brother of the late Patti Williams Ferrell)