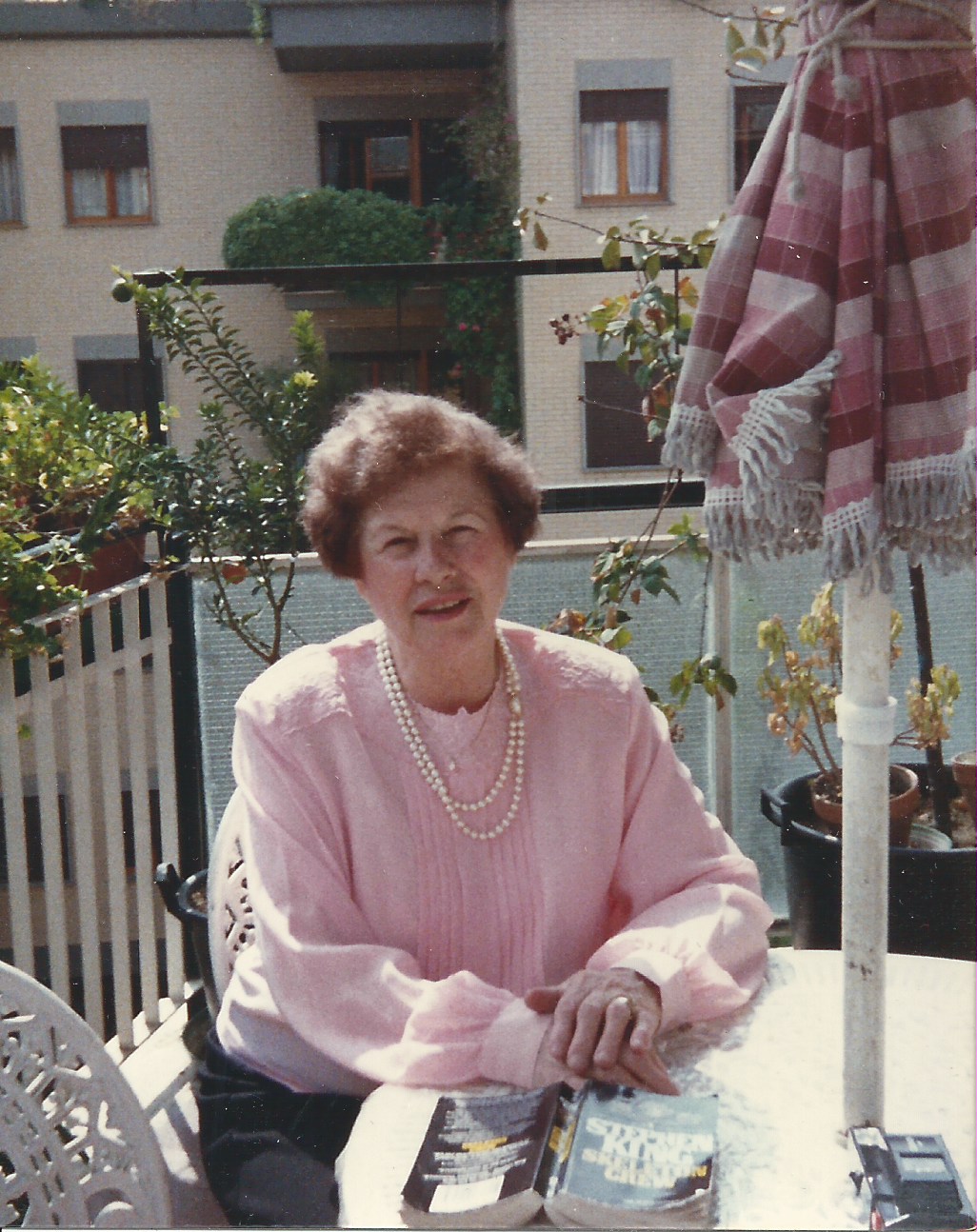 She was born March 25, 1917 in Businessburg, Ohio a daughter of the late Donato and Italia Novelli Dimattia.

Yolanda worked at Imperial Glass Corporation in Bellaire for 47 years from 1936 to 1983 when she retired. She is most noted for her beautiful hand painting of glassware that she did for many years. Yolanda frequently spoke at the annual meetings of the National Imperial Glass Collectors Society telling of her work at Imperial and the many facets of her job.
Yolanda’s work ethic, her enthusiasm for her job, and her love for Imperial Glass were evident as she spoke at these gatherings.
In addition to her parents, Yolanda was preceded in death by her husband, Paul Naticchioni; her sisters, Albina Dimattia and Rose Barnett; her brothers, Rolando and Albert Dimattia.
Yolanda is survived by her daughter, Carolyn Strama, with whom she made her home; two granddaughters, Teresa (Christopher) Frate of Cleveland, Ohio and Rosemary (Mark) Sasala of Pittsburgh, Pennsylvania; two grandsons, Robert Strama II of Charlotte, North Carolina; Paul (Patricia) Strama of Vermilion, Ohio; ten great grandchildren: Gabriella and Natalie Frate; Madison and Chandler Strama; Gabriel, Christian and Xavier Sasala; Amber, Lewis and Austin Strama; many nieces and nephews and great nieces and nephews.

Family and friends will be received Thursday from 5-8 pm at Bauknecht-Altmeyer Funeral Homes and Crematory, 441 37th Street, Bellaire, Ohio with a Vigil Service at 7:45 pm.

Funeral Liturgy with Mass will be celebrated Friday 10 am at St. John Catholic Church, Bellaire with Fr. Daniel Heusel as Celebrant. Burial will follow in Powhatan Cemetery.

Memorial contributions may be made to St. John Church in honor of Yolanda.

My deepest sympathy to Carolyn and Family. To me Yolanda was precious. I so looked forward to hearing from her each Christmas. She was one of the great icons of Imperial Glass. I knew her for years and loved when she spoke to our convention groups………..she not only was the absolute decorator at Imperial but she was not above cleaning the restrooms if asked to do so. That story she told us one year and it brought the house down in laughter. God will now have a someone to compete with Michelangelo. Yolanda was the height of perfection at her work !! She will be missed but her stories will live on in all our memories. As will her glass painted works of ART.
It was such a joy to go thru the Museum with her telling just how she painted certain objects.